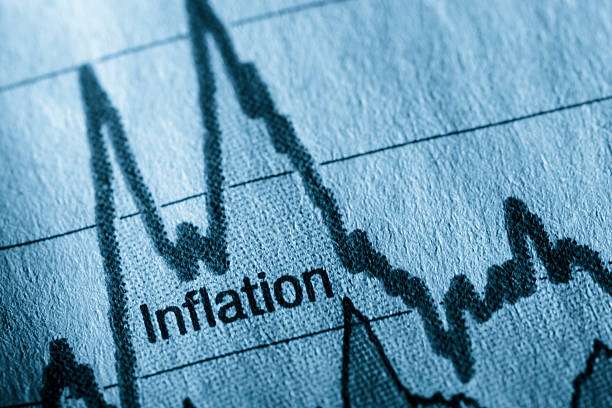 Inflation is the process by which a currency like the dollar or Euro loses value over time, causing the price of goods to rise. Bitcoin (and some other cryptocurrencies) are designed to experience predictable and low rates of inflation.

One attribute that has made cryptocurrencies — particularly Bitcoin — so appealing to investors is the idea that they’re more resistant to inflation than fiat currencies like the U.S. dollar.

But what is inflation? Inflation is the process by which currencies lose value over time, causing prices of consumer goods to increase. Because most economists believe that some level of inflation is good for the economy, the U.S. government, for instance, has printed more money than consumers actually need for decades. It’s the reason that a Coke that cost a nickel a half-century ago goes for a few dollars today.

Bitcoin, on the other hand, has generally increased in value much faster than the U.S. dollar has lost value — going from virtually worthless in 2010 to more than $20,000 in late 2020. (Because it’s a volatile market, Bitcoin has also seen dramatic spikes and declines, but the trendline over time has been upward.) This has made Bitcoin an increasingly popular hedge against fiat-currency inflation.

The main way Bitcoin is designed to resist inflation is that its supply is limited and known, and the creation of new bitcoin will taper off over time in a predictable way. (There will only ever be 21 million bitcoin, and every four years the amount of bitcoin that is mined is reduced by half.)

Why is inflation important for crypto?

A high inflation rate for fiat currencies might lead individuals to invest more in digital money because the dollars or Euros they placed in a savings account are actually losing value over time. Bitcoin and certain other cryptocurrencies like Ethereum offer investors an alternative. The economics of the Bitcoin market are complex, but there are some features designed into the digital currency that may help it to resist inflation.

Yes, technically even Bitcoin experiences inflation as more of it is mined (as does gold). But because the amount of new bitcoin is automatically reduced by 50 percent every four years, Bitcoin’s inflation rate will also decrease.

As a practical matter, as long as Bitcoin’s purchasing power continues to rise vs. the  fiat currencies we tend to compare it to, Bitcoin’s few-percent annual rate of inflation isn’t a major factor for investors to consider.

But not all cryptocurrencies are designed like Bitcoin. For instance, an increasingly popular category of digital money called stablecoins — many of which are pegged to fiat currencies like the dollar — can be a useful, low-volatility place to save some money. But if a stablecoin is pegged to a fiat currency, your investment will be impacted by inflation and could lose value over time as their reserve currency loses value. (Some stablecoins offer rewards that function much like an interest-bearing savings account, which could change the value equation — especially with non-crypto interest rates hovering around zero.).

What is a Trustee?

What is an ETF?